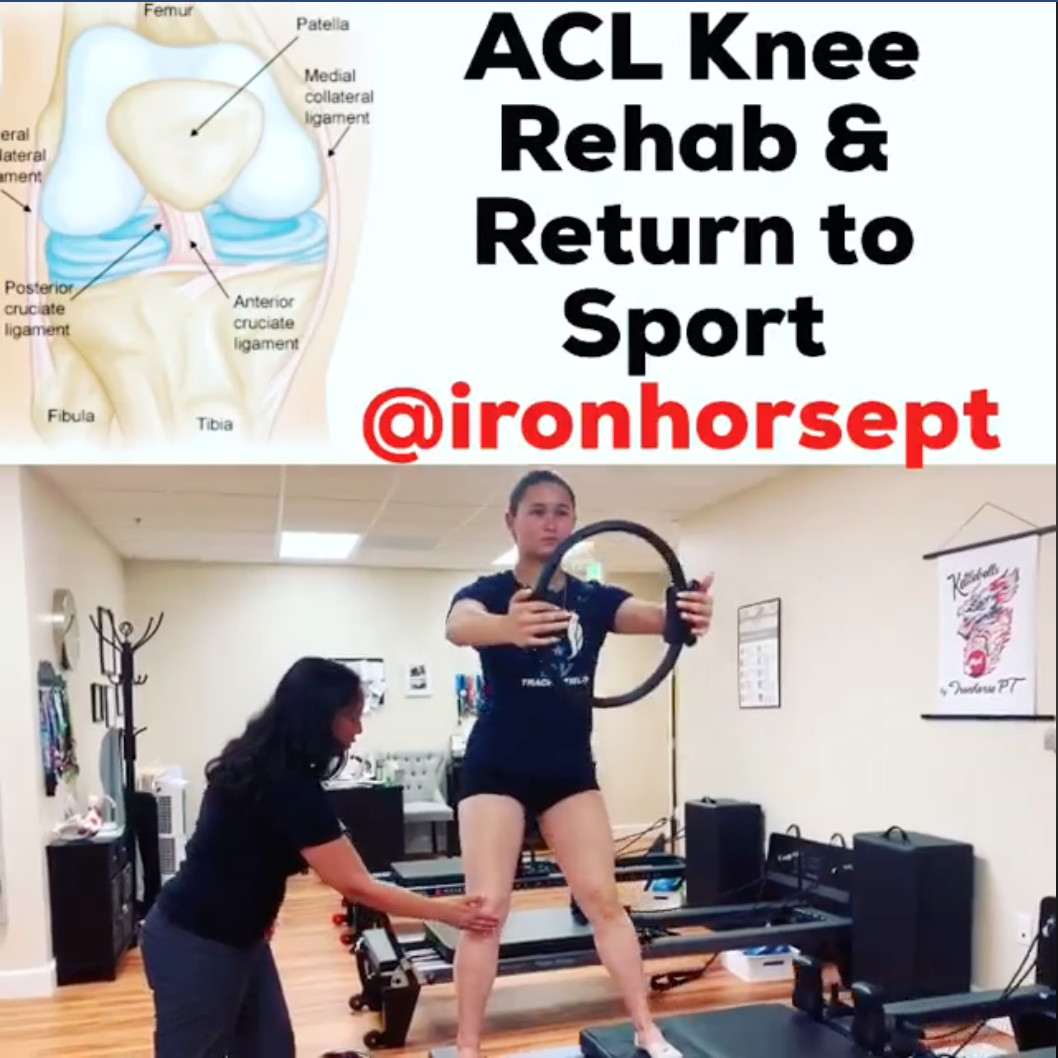 Single leg strength & stability are a really important part of ACL rehabilitation, especially if you want to return to sports that require you to run or kick/pivot on 1 leg. While bilateral movements (done on 2 legs such as squats) are great, they allow for one side to compensate for the other and you may not realize the weak link until you separate them out. In addition, working on lateral (side to side) stability during rehab will help athletes prepare for quick changes in direction and explosive speed. Our client @wushubella is performing an exercise on the pilates reformer that addresses BOTH of these concepts. She’s putting nearly ALL of her body weight through the right leg while sliding the left leg out against some resistance provided by the springs of the machine. She needs to have really good control and stability of each leg since her primary sport is wushu, a form of martial arts characterized by high speed kicks and jumping through the air (think Jet Li movies).

So how do you determine whether an athlete is ready to return to sport after ACL rehabilitation? Some of the functional tests we look at include: