How Old Injuries Can Come Back to Haunt you: 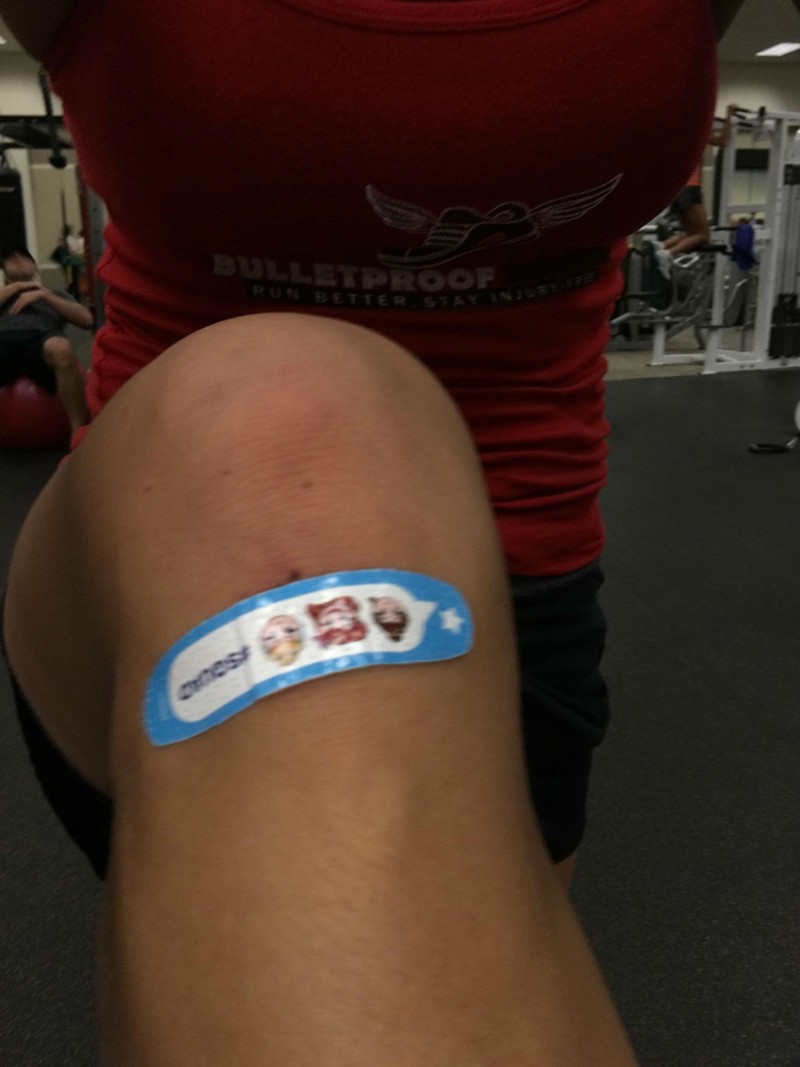 I once had a conversation with a fellow athlete at the gym- she complained to me about hip pain that she'd had for years and how she'd been to multiple doctors and PT's and her hip STILL hurt. I asked her about her injury history and it turns out that 20 years ago, a horse had stepped on her foot. It was so long ago that she forgot about it. Her foot hurt like hell at the time and she made all sorts of compensations but eventually the pain in her foot went away so she forgot about it. She never thought the foot had anything to do with her hip since it was so long ago and didn't hurt. And apparently no one had bothered to ask. Well after rolling her foot out with a lacrosse ball and doing some other exercises I prescribed for her targetting her foot mobility and proprioception (her position sense in space), she told me a week later that her hip pain had disappeared! That was a pretty cool story that I'll never forget and taught me a valuable lesson: ALWAYS ask about previous injuries!

A very smart Physical Therapist, researcher and published author named Gray Cook says there are 2 major predictors for an athlete sustaining a new injury: 1) Asymmetry in the body and 2) Previous Injury

Why do you think that would be? Well in case #1, when you have asymmetry, it causes your body to move differently and therefore you have different forces running through a joint/muscle/tendon. Usually there's a focal point of tension or compression, an area that takes more stress than the rest when you have asymmetry. To use running as an example: running is basically a series of single leg hops and if one leg is shorter or weaker than the other, there is generally more stress placed upon that limb. If you run a 10k, that's thousands of steps and thousands of asymmetrical forces placed on that leg which puts an increased risk of injury. It may result in knee, hip or back pain- it depends on the individual and their injury history, which brings us to #2:

In case #2 when you've sustained an injury prior, that injury will also cause you to move differently. Your brain tells your muscles to turn certain muscles on/off and decides when and with how much force. An injury tells your brain to use a differnt sequence to protect the injured area. This is the case even when the injury stops hurting! Any physical therapist who's ever tried to re-train someone's gait pattern after a hip replacement, can attest to that fact. Often, even when the injured area no longer hurts, the person will still walk or move abnormally. To use the hip replacement example: Often patients limp for a long time before they have the surgery. Maybe they also have back or knee pain from all the compensations their body has had to make. Many times, their movement pattern is altered significantly for YEARS. That means the brain has had years to practice an "abnormal" or altered movement pattern around that person's painful hip. Then they get the new hip and after a while, the hip stops hurting. But they keep limping! And their back/knee keeps hurting. Because it takes a while for the brain to unlearn their old movement pattern and protective mechanisms. That's where the right type of physical therapy can do wonders! To re-train your brain (and thereby your muscles) to adapt new strategies and to give you better movement options.

I experienced this 1st hand today when I tried to do an exercise that I do regularly called the "Turkish Get Up" -it is the perfect combination of mobility and stability rolled into 1 movement. I skinned my knee over the weekend and although it was a minor scrape, it drastically changed the way I perform this movement. First of all, I never use a mat but today I had to used a padded mat with a towel on top. Second, I normally do a "windshield wipe" with the knee on the floor but I couldn't because doing so would cause a shearing force across the "boo boo" and hurt quite a bit. I promise that I'm really not a wimp! So I altered my movement to compensate for the flesh wound. That got me thinking that if this minor flesh wound was enough to alter my performance of this exercise, it's no wonder when patients come in to see me with the mulitple injuries they've been compensating for. Here's the video in case you're interested: TGU VARIATION.

But there's hope. My flesh wound is temporary and so are all injuries. Your body has an amazing ability to heal itself but sometimes you need some guidance to re-train old movement patterns so you don't keep getting re-injured (or sustain a new injury). Call us for a free phone consultation to see if we can help you move and feel better! Or you can click HERE to set one up.