Post-Achilles Rupture Surgery: Which Ankle Do You Treat? 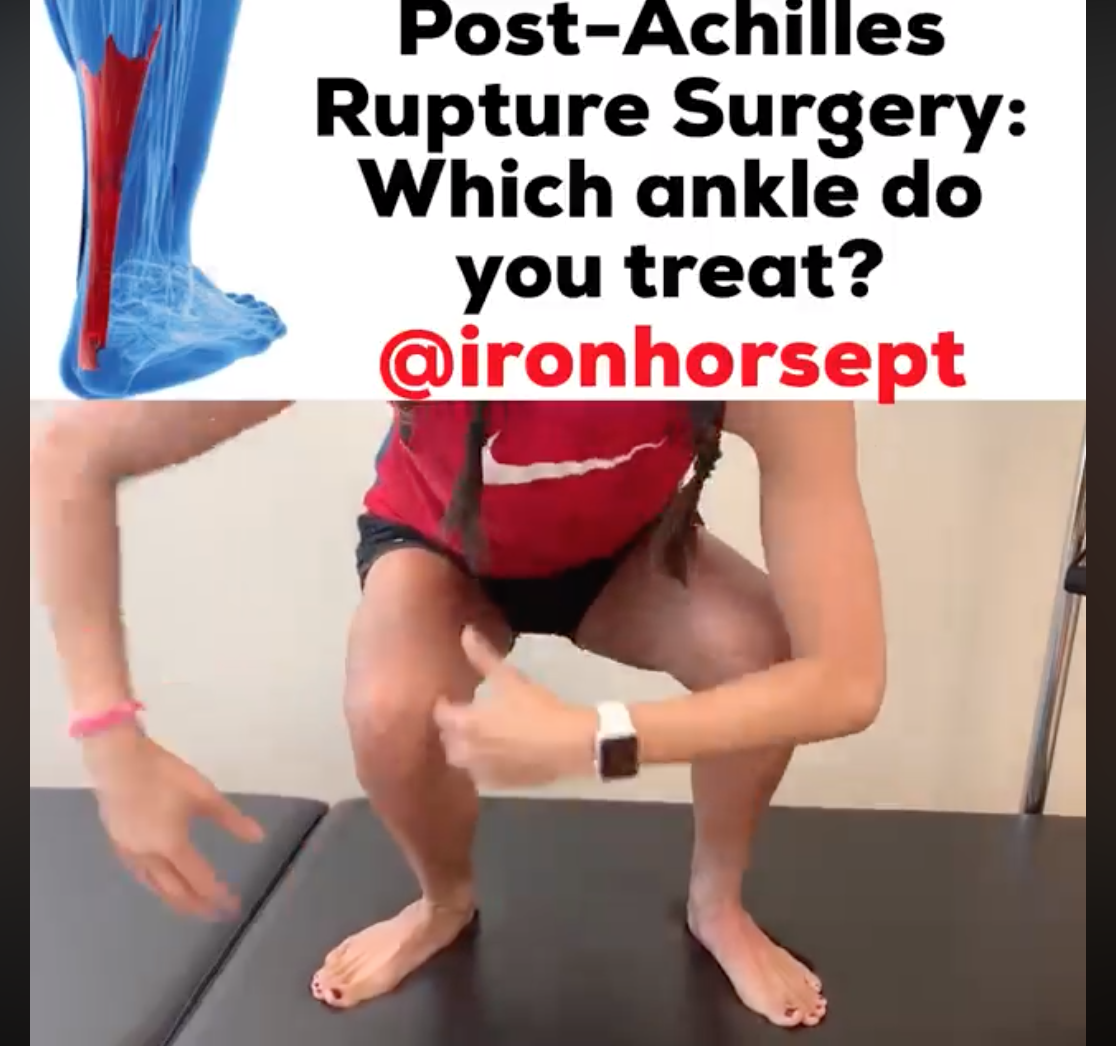 This is a trick question because we clearly would treat BOTH since there’s some dysfunction being demonstrated on both sides in this squat. But, which Achilles do you think she ruptured training for a Spartan Race? Also, when you’ve been casted or in a boot for a while and non-weightbearing x several weeks, what do you think happens to the rest of your body?  It’s called deconditioning and it happens in less than 2 weeks of being immobilized! Yes, this is the injury Kevin Durant of the Golden State Warriors just experienced. So on top of the rehab for the actual injury, care must be taken to address the rest of the body too.

Your message was successfully sent. Thank you for your time.
Submit
Request an Appointment
Close x