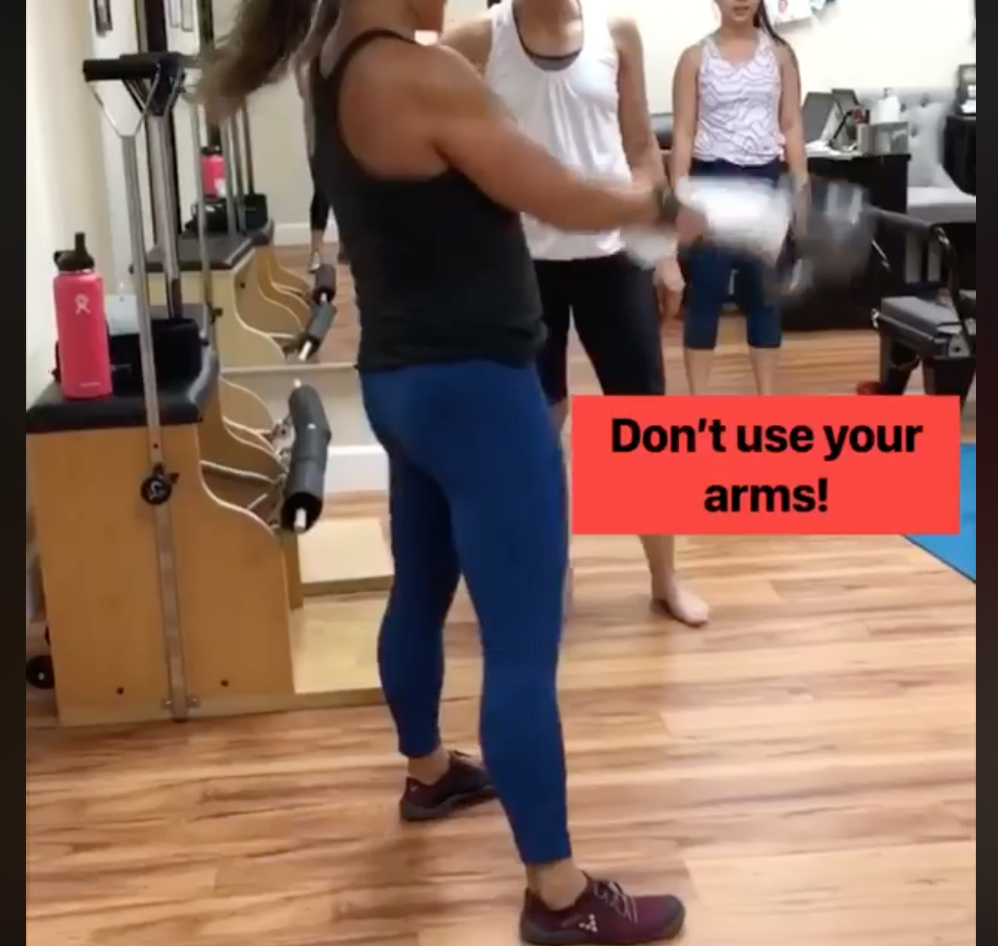 “Trust in the Thrust” of your hips when it comes to kettlebell swings because the hips don't lie!

@ironptmom is gettin’ warmed up to teach her Beginner Kettlebell Foundations Workshop to an female multisport race team @diablomultisport and this is likely to be one if the drills she covers tonight: The Towel Swing.

If you can’t swing a kettlebell with a towel, you’re probably using your arms to get the bell up . You’re probably also “squatting your swing” which is pretty much heresy to anyone who actually trains with Kettlebells (they’re NOT balls btw- they are BELLS, another heresy!)

It’s best to either train barefoot or with a minimalist shoe such as @vivobarefoot .
Get connected to the ground, use ALL the toes and your entire foot to create a stable base you can generate tension from. Then explode from the hips and watch that bell float up. It’s a beautiful thing when done right!